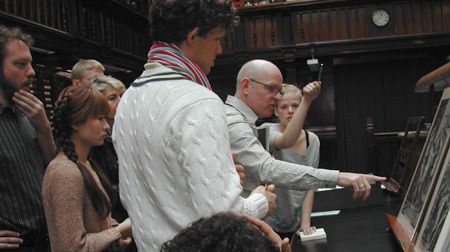 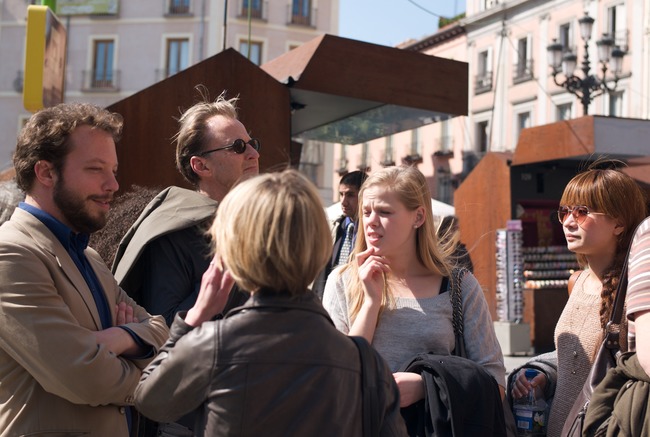 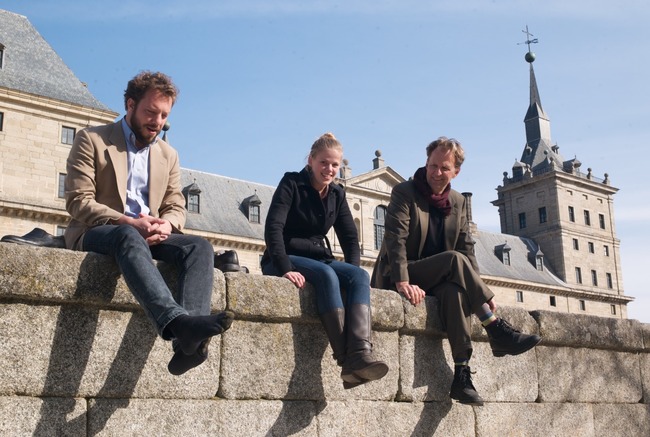 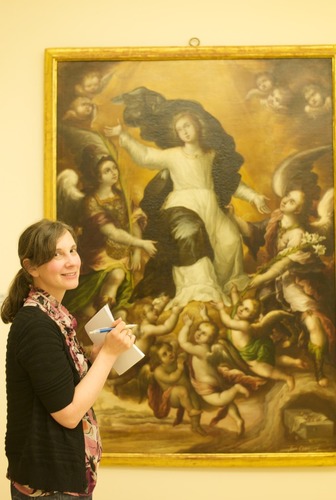 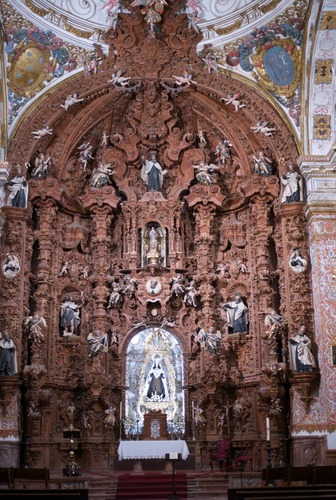 The Spring 2012 seminar began as a graduate reading group in Fall 2011 that examined the mutual impact of the visual cultures of early modern Spain and colonial Latin America. The working assumption was that understanding a painter such as Velázquez or an anonymous 17th-century Mexican artist is inextricable from an understanding of a history of the global migration of images and artifacts. The seminar entailed a ten-day intensive examination of Spanish and Latin American art held in British and Spanish collections. In London we visited the British Museum’s Department of Prints and Drawings, meeting with the keeper of Spanish drawings and prints, the National Gallery and Apsley House. In Madrid the seminar explored the city (including the Plaza del Sol, the Plaza Mayor, the Palacio Real, and the Iglesia de San Ginés). On the first full day in the city the participants met in front of Velázquez’s Las Meninas at the Prado to begin our ten-hour exploration of the museum’s impressive collection. The graduate students also studied works in the Museo de América, which holds an impressive collection of colonial Latin American art: Casta paintings, feather work, Virgins of Guadalupe, enconchados (works of inlaid mother of pearl), and a crowned nun are but a few of the many fascinating objects that became the basis for research papers. The seminar also enjoyed informal conversations over coffee with Dr. Luisa Elena (Coco) Alcalá, Professor of Art History at the Universidad Autónoma de Madrid and went on a special tour led by Dr. Miguel Falomir, Head of the Department of Italian Renaissance Painting at the Prado, of the Casón del Buen Retiro, which boasts a ceiling fresco by Luca Giordano. In addition there were visits to the Museo Thyssen Bornemisza, the Museo Reina Sofia, the Convento de las Descalzas Reales, and the Escorial. Some participants conducted research in the Biblioteca Nacional de Madrid and the Museo Municipal de Antequera in the south of Spain.